Rolling Restart® controls restarting or power-cycling Citrix servers on recurring schedules without impacting end-users. Servers are organized into groups on a central console, with each group having its own restart schedule and parameters, allowing you to match your business needs. Rolling Restart is installed worldwide, from companies with just a few servers to companies with servers that span multiple continents. Rolling Restart is compatible with Citrix Provisioning Services (PVS) and MCS.

Rolling Restart runs on VMs on-premise or in the cloud, running on Citrix Hypervisor (formerly XenServer), ESXi, Hyper-V, AWS, Azure, GCP, and even on physical servers. It runs on all Windows Servers versions 2008 R2 through 2019.

WM Software’s own patent-pending technology gives groups an array of restart or power-cycle choices (single queued, multiple queued, simultaneously, or individually) with users optionally notified, among dozens of other options. Severs can be set to restart only within a certain timeframe. Multi-threaded and fully scalable, Rolling Restart leaves scripts in the dust. It’s like comparing an F1 race car to a horse and buggy. Rolling Restart comes with reporting, full notifications, and statistics. There is even a Group Sizing Wizard to calculate groups and servers per group to get all servers restarted on a recurring schedule.

The culmination of over 20 years of Citrix restarting and worldwide installations has been incorporated into software you can trust and don't have to watch over. 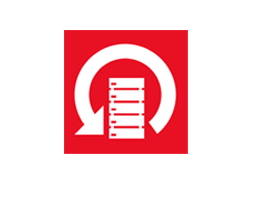